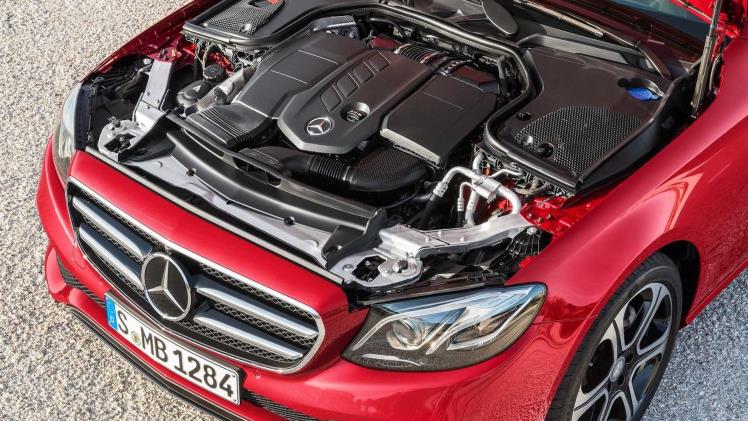 Just when everyone thought that issues linked to the Dieselgate scandal have all but gone, another allegation lands on the lap of German carmaker Mercedes-Benz.

Environmental Action Germany (Deutsche Umwelthilfe e.V. – DUH), a non-governmental environmental organisation, has accused the carmaker of installing illegal defeat devices in their vehicles so they could cheat the emissions ratings of their turbo diesel engine motorcars. According to DUH, Mercedes used a total of eight cheat devices and installed these on their Euro 6-compliant six-cylinder 3.0-litre vehicles, the ones with BlueTec engines.

Additionally, DUH alleged that Mercedes used an array of strategies for suppressing emission levels, and this resulted in hiding a discrepancy of 500% in NOx or nitrogen oxide levels between:

In other words, the emissions levels of some of their vehicles are at least five times higher than what Mercedes advertised.

The DUH used a Mercedes-Benz E350 BlueTec 4MATIC wagon manufactured in 2016 and measured its engine data and emissions. Executive Director Jürgen Resch said that exceeding the legal limits of dangerous emissions meant the vehicle was not clean at all. Thus, it contaminated the areas it drove through with nitrogen oxide (or NOx).

For Resch, carmakers that allow something like this to happen are only after profit and do not prioritise the welfare of the city’s residents and the environment. The DUH called the attention of Daimler early on and the carmaker gave their word that they were prepared to take the company in a better direction.

However, Resch said that there has been no evidence that the carmaker has made good on their promise.

How did Mercedes get involved in such a scandal?

In September 2015, the United States Environmental Protection Agency (EPA) and the California Air Resources Board called on Mercedes authorities and its parent company Daimler in connection with allegations that the carmaker used illegal defeat devices in vehicles that they sold in the US. This became known as the Dieselgate diesel emissions scandal.

Defeat devices can tell when a vehicle is the lab for emissions testing. This allows them to suppress emissions levels so these stay within the limits regulated by the World Health Organization. As such, the vehicle appears clean and safe. However, the story inside the lab is different from what happens when the vehicle is actually driven on real-world road conditions.

Once the vehicle is taken out of the lab and driven on the streets and highways, it emits alarmingly high levels of nitrogen oxide in volumes that are way over the EU and WHO limits. So, in reality, a vehicle installed with a defeat device is a pollutant.

Nitrogen oxide emissions can devastate the environment and have serious impacts on human health.

After Volkswagen, other car manufacturers were implicated in the diesel emissions scandal, starting with Mercedes-Benz. In the UK, however, the scam reached its peak only in 2020. Nevertheless, it has affected thousands of motorists and the carmaker has spent millions in fines and Dieselgate compensation claims, faced class-action lawsuits or group litigation cases, and recalled thousands of vehicles.

The DUH’s accusation is just one of several that Mercedes has had to tackle ever since the scandal broke in the UK.

What are NOx emissions and how are they life-changing?

NOx emissions are nitrogen oxide gases, which have nitric oxide (NO) and nitrogen dioxide (NO2) as their main components. This collection of harmful fumes is commonly known as being responsible for the creation of acid rain and smog.

When NOx reacts with other chemicals, it forms ground-level ozone, a pollutant that can destroy vegetation and cause plants and crops to become prone to frost damage.

Several studies have also shown a significant link between air pollution (and NOx emissions) and mental health. A person who is constantly exposed to nitrogen oxide emissions can experience symptoms of anxiety, depression, and other mental health issues.

The most important thing to remember, though, is how easily NOx emissions can destroy a person’s life through the various impacts it has on their health.

Some of the most common health impacts of exposure to nitrogen emissions include:

Regular exposure to massive amounts of nitrogen oxide emissions can also lead to premature deaths. This is exactly what happened to nine-year-old Ella Kissi-Debrah, the first case of its kind in the UK.

Ella was exposed to high pollution levels as she walked to school every day near the South Circular Road area. She died after an asthma attack. An investigation on her death was ordered and in December 2020, authorities confirmed Ella died because of air pollution.

To hold your carmaker responsible for the devastating effects of defeat devices, you should file a diesel claim against them. You deserve to receive compensation for their deceit and lies. However, not every car owner is eligible to file one, so it is best to first get in touch with the panel of emissions solicitors at Emissions.co.uk. They can help you determine if you have the legal right to file a Mercedes emissions claim.

Three Reasons to Show the Interior of Your Car Some Love