What Are the Best New Cars for Sale in Houston? 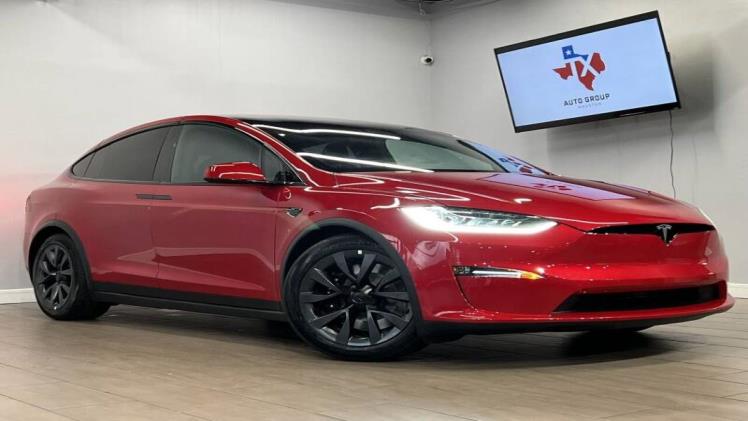 Top Picks from the Volkswagen Brand That Are Sure to Impress

Although inflation on new cars is crazy high right now (over 10% according to the U.S. Bureau of Labor Statistics), there are still plenty of ways to get a great new car without having to spend an arm and a leg. It’s really just a matter of finding the right car for you that aligns with your driving style and checks those boxes on your “must-have” list. There are other factors to keep in mind, such as overall cost of ownership, that new car buyers need to keep in mind.

Fortunately, the engineers and designers over at Volkswagen have done a stellar job at producing cars that have a luxurious feel without the luxury price tag. Let’s break down a few of them now.

Gas prices got you down? Has the shell shock of paying over $60 to $70 per tank worn off yet? The good news is that there’s a way around the whole gasoline fiasco. You can get an SUV that doesn’t need it. We’re referring, of course, to the Volkswagen ID.4. This all-electric SUV was the winner of the 2021 World Car of the Year Award and was recently named one of Ward’s 10 Best User Experiences.

The VW ID.4 Pro model gets up to 275 miles on a single charge, which is more than enough to get you through your weekly commutes and all your typical errands, such as running to the grocery store and the school pick-up line. The other great thing about this vehicle is the price point. It has a starting MSRP of just $37,495, which is significantly less than its other main competitors in the electric vehicle space.

Okay, so maybe you’re not ready to make the leap over to electric just yet. That’s totally fine. If you’re going to go with a car that runs on gas, then you might as well get the most fuel-economic vehicle in its class – the VW Jetta. This luxurious sedan gets 29 miles per gallon in the city and a whopping 42 miles per gallon on the highway, which greatly reduces your overall cost of ownership.

The other great perk about the VW Jetta is that it’s easily one of the least expensive sedans in its class with a starting MSRP of just $20,415. Tack on an advanced infotainment and safety feature package, an industry-leading warranty, and spacious cabin, and you can see why people love the VW Jetta so much. It’s one of the most popular new cars for sale in Houston.

So, you want to go fast? Like, really fast? Then you need to get behind the wheel of the all-new VW Golf R. This speedy little hatchback is available in a 7-speed DSG® dual-clutch automatic transmission with R-performance torque vectoring 4MOTION® all-wheel-drive. What does that mean in plain English? This little speed demon can handle itself on even the most winding of roads.

It also has plenty of muscle under the hood, despite its small stature. You’ll have 295 lb-ft. of torque and 315 of horsepower at your beck and call with its 2.0L TSI® turbocharged engine. You’ll be able to blow anyone off the line in traffic. The VW Golf R is about as close to a legal street racer as it gets. Clocking in at a starting MSRP of $44,090, the VW Golf R is a steal for anyone that values speed and agility on the open road.

Finding a Volkswagen Near You in Houston

There you have it! Our top three VW picks – each more different than the last. When shopping for new cars for sale, it helps if you get an idea of what your “must-haves” are. If you need plenty of storage and want to cut out fuel costs – go with the VW ID.4. If you want the least expensive car possible – go with the VW Jetta. And if you’re looking for pure unadulterated speed and performance – the VW Golf R will definitely live up to the hype.

To get behind the wheel of any of these VW vehicles, Google search the phrase “new Volkswagen cars near me” or “Volkswagen dealership near me.” That will bring up a list of VW vehicles in your direct vicinity. Contact the dealership directly and tell them you want to set up an appointment to test drive one or two (or more) of these amazing vehicles.

What is the Best Sports Cars Under 30K

Leasing vs Owning a Luxury Car – Which One is the Best Option?