Is The 2022 Toyota Corolla Cross Worth Your Money? 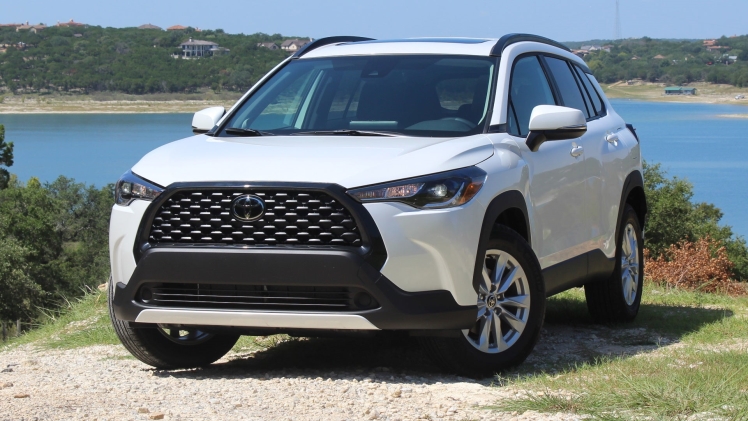 The 2022 Toyota Corolla Cross is the latest crossover vehicle coming to try to take the automotive industry by storm. This vehicle is built on the same platform as the Corolla; a sedan that needs no introduction.

Being a Toyota, one might think that it will feature a great build quality, reliability, technology and an unlimited access to genuine Toyota parts. But that’s the story with every other Toyota crossover.

So, is the new Corolla Cross worth your money?

The Corolla Cross is expected only to be a little more upscale than the Corolla sedan. It intends to cater to a younger audience and the following are the quirks that come with it:

The Corolla Cross comes with a 2.0-liter 4-cylinder engine in the US. This produces about 169hp, which flows through an FWD or an AWD setup. The gearbox is a CVT and hence you won’t be getting a quick ride from 0-60mph.

The fuel economy should stand at a combined 30mpg. This is lesser than the more powerful and quicker RAV4. A hybrid version will be out in 2023, which is expected to do around 40mpg.

The interior of the Corolla Cross is quite decent even if it might not be expensively designed. There’s a lot of space for 5 adults; legroom and headroom both. But this hasn’t affected the exterior’s dimensions however.

The driving position is good and so is the visibility. Ignore the plastic, and the controls are mostly simple and easy to use. The seating is comfortable and so is the ride. The cargo room is certainly spacious enough for your luggage.

Of course, you won’t get a lot of tech as standard. But that doesn’t apply to the safety technology available on the Corolla Cross. You’ll get assists for lane departing, road signs and pedestrian-identification.

The exterior looks appealing to most but its rivals look posher. The car is decent in size despite the roomy interior. As a result, it is not difficult to park. There are up to seven different exterior colors available on the Corolla Cross.

But what about the driving experience? Well, the car isn’t quick but it is composed on the road. It isn’t sporty or exciting to drive at all, but it is easy to control. The brakes are reliable and there’s a bit of road noise.

With so much plastic and a minimalist interior, the Corolla Cross won’t set you back by much. The basic variant just costs around $23k. No matter which variant or set of options you pick, the price won’t cross $30,000.

You get a limited warranty covering 36,000 miles or 3 years; whichever comes first. The powertrain warranty is for five years or 60k miles. You get free maintenance with genuine Toyota parts for 2 years/25k miles.

Should You Buy the Toyota Corolla Cross?

This is a tough one because the Cross is aimed to be a budget crossover. It definitely fulfills the mark as it gives you a significant number of features despite its relatively small price tag. The fuel economy is pretty reasonable.

You also get a lot of space for it; for the passengers and for their cargo. The seating is comfortable and so is the suspension. It is reliable, especially if you use genuine parts. If you need more information about genuine Toyota parts supplying visit: https://sts-global.com/toyota-parts.

At the same time, it won’t be preferred by the youthful audience. This is simply because it’s boring. It isn’t quick enough by any standards and the handling is not exciting as well.

The verdict is that you’d be better off with another CUV if you have more money to spend. If you’ve got a tight budget, then this is the car to have. It provides you with everything except for performance.