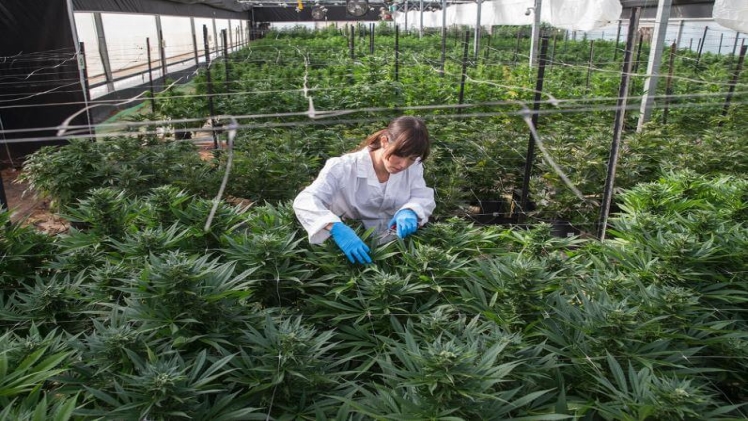 Genetic modification, no matter what method is used, is always surrounded by murmurings and different points of view. Those who support this experimental system and those who reject it.

Some who want to see how far it can go and what improvements it can bring and those who detest the idea of experimenting with what we already have in nature or who appeal to morality and religion.

Either way, and no matter which side you are on, genetic modification has been around for a long time and could be used to improve the cultivation of plants such as marijuana.

You may find genetically modified Marijuana in several derivate products, including pills, edibles, and even just variations of the plant. These can be acquired through regular services from cannabis labs, and on the final edge of the market on sellers such as related pharmaceutics and Coffeeshop for tourist.

The acronym GMO refers to a type of organism whose genes have been artificially modified and mixed with those of other organisms in order to give them certain characteristics.

These modifications can be made through various methods:

Through biological vehicles, which consists of a transfer through other natural organisms such as bacteria or viruses, generating mutations that end up developing a new genetic code.

Direct transfer, which consists of implanting the organisms with external methods such as gene gun, microinjection or electroporation. These are usually less efficient and rarely work. However, when they do, very good results are obtained.

Genetic engineering, which is a much more precise and controlled process, whereby predetermined genes are implanted into other organisms. One method widely used in bioengineering is chemical exposure.

Although it is not known with certainty when they were created, much less by whom, there are already different types of genetically modified marijuana. Currently, the modification of this must be happening in all the countries where it is legal. There is even a type of transformed marijuana that is about to be patented.

Genetically modifying marijuana might sound to many as a whim or as a human desire to continue playing with nature until causing a disaster.

And although one can agree that humans are prone to destroy and do things wrong, this idea of genetic modification can actually bring benefits.

Take for example the plant we came here to talk about, marijuana. With genetic modifications you can get different types, getting them to change from characteristics such as flavor, flower color and even the effects they produce.

Even how concentrated you want the effect to be or how diluted, which would give way to a personalized and specialized marijuana market for each person who wants to consume it.

Of course, GMOs can generate disasters and tragedies. Apart from the ethical, moral or religious debate that may exist, there are other disadvantages such as the monopolization of companies or the fact that other species would be prone to extinction.

However, thanks to these modifications, too many benefits could be obtained in the short and long term, such as drought-resistant crops or more productive crops. In turn generating plants resistant to pests and viruses.

Years of research and wasted crops in search of new properties would be saved, as they could be inserted directly. It is also believed that these modifications have no health effects, so more durable genetically modified foods could be generated.

Regardless of what you believe to be right or wrong, GMOs, when used responsibly, are capable of providing plants and people with an absurd number of benefits that, at the very least, should be taken into account.

Undoubtedly it would also be beneficial for the cultivation, production and harvesting of marijuana plants, giving them a host of characteristics that can be pleasantly exploited for both medicinal and recreational purposes.

With all the bad that can happen as well, if one is correct, dedicated and careful enough, who knows, maybe genetic modifications will become more common than it is now and we will all get a different perspective. So, make up your mind and try out a new kind of weed. You may find that they have slightly better effects after the modifications.